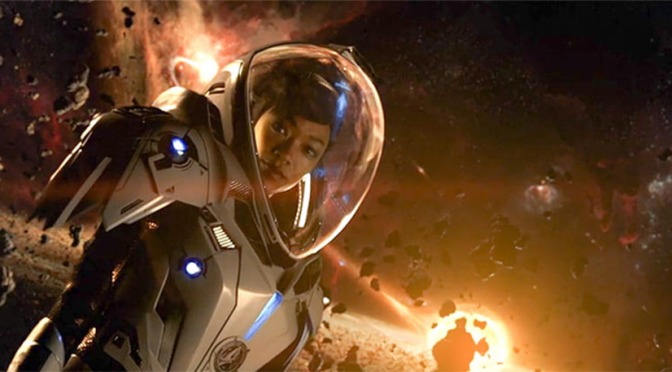 I watched the first episode of Star Trek: Discovery. It wasn’t my favourite.

I had some serious hesitations going into this show. I guess you can say that after the new Abrams films, I wasn’t too hyped about this new show. Everything about it felt off, from the design, to the story. It just didn’t feel like real Star Trek.

And I was sadly right. This felt like a TV movie of a Star Trek knock off. Aside from having strong female leads, there’s not much to give praise to.

I get it; this is a Star Trek for a new generation because we need band wagoner’s to make a profit. Goodie. But can we at least make it believable? For example, who knew that the Federation had the technology to make walking holoprojections from Star Fleet? This is sarcasm, because they don’t, not yet at least.

Why have the Klingons once again changed their look? They look goofy. And for some reason, they reminded me of the Dark Elves from Thor: The Dark World.

A great way the show could have avoided all of these complaints, would have been by setting the show in the future. We already had a prequel to Kirk with Enterprise; show us something new. This would give the show free rain to avoid that oh so common nit picking die-hard fans will give the show.

All in all, the show was mediocre at best. The visuals were absolutely stunning, but that’s just about it. Will it get better? Perhaps, but I’m not too sure I’ll stick around to see.

What did you think of the first episode for Star Trek: Discovery? Will you keep watching? Check out some future Trek ideas I have here

4 thoughts on “Star Trek: Discovery…So Far, It’s Not The Best”